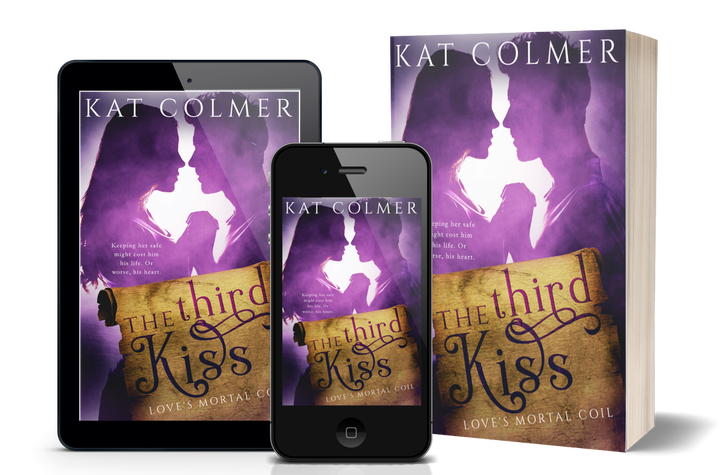 ​Love curses don’t exist. At least that’s what Jonas, master of the meaningless hookup, tells himself when a letter warns him he’s an Eros Guardian cursed to endure a test of true love or forever be alone. His levelheaded longtime friend Cora figures it’s a revenge prank by an ex. The way Jonas stamps each girlfriend with a weeklong use-by date, it serves him right.

But when an impulsive kiss between the two friends reveals potential for more, Cora becomes the target of the Groth Maar: demons sent to wipe out the Eros Guardian line. And suddenly the curse becomes dangerously real.

Breaking the curse means Jonas’s biggest challenge yet. Failure guarantees Cora’s death. But success may cost him his own life…and the loss of his carefully guarded heart to the one girl far too sensible to fall for him.
​
What reviewers are saying:

⭐️⭐️⭐️⭐️⭐️ This wonderful YA mythology-themed romantic fantasy is an intriguing start to a new series. There is a great blend of romance, humor, and believable dialogue between the characters that kept me turning those pages.

⭐️⭐️⭐️⭐️⭐️ If you’ve ever wanted more fantasy in adorable contemporary romance novels, this is the book for you. The Third Kiss is an absolute gem and I am so glad I took a chance on it. ​

⭐️⭐️⭐️⭐️⭐️ The Third Kiss is beautifully crafted and perfectly executed. This book had me guessing all the way through.